African fintech OPay is reportedly raising $400M at over $1.5B valuation

Chinese-backed and Africa-focused fintech platform OPay is in talks to raise up to $400 million, The Information reported today. The fundraising is coming two years after OPay announced two funding rounds in 2019 — $50 million in June and $120 million Series B in November.

The $170 million raised so far came from mainly Chinese investors who have collectively begun to bet big on African startups over the past few years. Some of them include SoftBank, Sequoia Capital China, IDG Capital, SoftBank Ventures Asia, GSR Ventures, Source Code Capital.

In 2018, Opera, popularly known for its internet search engine and browser, launched the OPay mobile money platform in Lagos. It didn’t take long for the company to expand aggressively within the city using ORide, a now-defunct ride-hailing service, as an entry point to the array of services it wanted to offer. Since then, the company has tested several verticals — OBus, a bus-booking platform (also defunct); OExpress, a logistics delivery service; OTrade, a B2B e-commerce platform; OFood, a food delivery service, among others.

While none of these services has significantly scaled, OPay’s fintech and mobile money arm (which is its main play) is thriving. This year, its parent company Opera reported that OPay’s monthly transactions grew 4.5x last year to over $2 billion in December. OPay also claims to process about 80% of bank transfers among mobile money operators in Nigeria and 20% of the country’s non-merchant point of sales transactions. Last year, the company also said it acquired an international money transfer license with a partnership with WorldRemit also in the works.

OPay plays in an extremely competitive fintech market. Nigeria is Africa’s most populous nation, and with a large share of its people underbanked and unbanked, fintech is arguably the most promising digital sector in the country. The same can be said for the continent as a whole. Mobile money services have long catered to the needs of the underbanked, and per GSMA, Africa had more than 160 million active mobile money users generating over $495 billion in transaction value last year.

While fintech upstarts like OPay and Paga are trying to capture as much market share as possible, telcos like MTN and Airtel, with operations in multiple African countries, are spinning off mobile money service arms as billion-dollar businesses to compete as well.

With the money OPay has raised so far, it’s quite surprising that the country until last year December was only present in Nigeria. None of its plans to expand to South Africa and Kenya (countries it expressed interest in during its Series B) has come to fruition yet. Although the company blamed the pandemic for these shortcomings, it has set up shop in North Africa by expanding to Egypt earlier this year. This next raise, likely a Series C, will be instrumental in the company’s plans for geographical and product offerings expansion. Per The Information, OPay’s valuation will increase to about $1.5 billion, three times what it was worth back in 2019.

We reached out to OPay but they declined to comment on the story at this time. 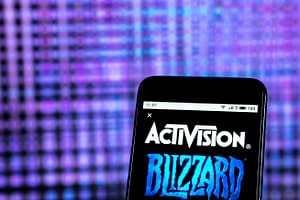 Hundreds of Activision Blizzard employees have signed a letter (published by Bloomberg, Polygon, and Kotaku) that rebukes the company’s respon… 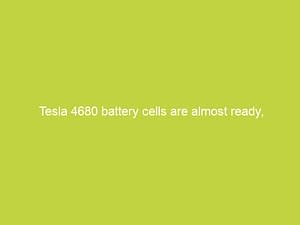 Tesla has just released it’s Q2 2021 financial results. On page 8 of the 28 page shareholder deck, Tesla detail their progress on the 4680 battery cell that was announced at battery day in September last year. Under the Battery and Powertrain sec…