The publication will initially focus on topics related to areas that the firm invests in but will expand over time using a mix of full-time staff, paid contributors and industry operators like founders, academics and entrepreneurs. And yes, they did get the dot com.

The Future.com that is launching today is an MVP version (on a subdomain initially) of what the firm hopes the publication will be eventually, says Margit Wennmachers, Operating Partner, Marketing and Future at Andreessen Horowitz.

The content will be created by a mixture of staff and outside contributors that run the gamut from big names to up-and-comers says Wennmachers. The publication will cover topics that they find compelling with a broad theme of ‘rational optimism’ — something that the firm feels there isn’t enough of in coverage of tech at large.

This isn’t a news operation, Wennmachers says, and they will focus on future-focused informational and editorial content, rather than day-to-day tech occurrences. Though when the news dovetails with subject matter that they feel they have expertise to cover either from contributors, staff or A16z partners, there will be topical coverage.

The contributors and topics that are set for launch sketch out an idea of the scope that Future is shooting for. A short list of some of them was provided, to give an impression:

The focus with the initial wave of establishing content will be to produce explainers, how-to content and cohort learning by experienced founders in and outside of the A16z portfolio.

“We want to write about stuff we know and that we invest in,” says Wennmachers. This includes topics like crypto, biotech, fintech and real-estate, which all have dedicated partners at the firm.

They also want to bring in people who know an extremely technical space particularly well, something like nuclear energy, for instance. They will contextualize and explain these arenas for the hoped-for audience of ‘tech enthusiasts’ as well as founders and entrepreneurs.

They’re not starting from zero, here. A16z already has a strong reputation for producing content via its popular podcast and company blog posts that outlines the intricacies of a nascent technology, especially those related to deep tech or coalescing out of research.

The firm is prepared to invest in this publication long-term, and they are prepared to take the time to set a baseline for success metrics, says Wennmachers. The success of the publication will be tracked on some hard and soft metrics related to engagement. Traffic to the site will be considered, for instance, but also whether the targeted audience is ‘sending us around’ or ‘talking about the topics we raise’, says Wennmachers.

Metrics like time on page or whether people are finishing the articles or podcast episodes will take precedent. One big advantage that Future has over other publications in the tech space, Wennmachers admits, is that they don’t have to monetize. A16z will be footing the bill for the buildout and talent here. This, of course, allows more freedom to choose what kinds of metrics are a part of the success rubric.

Video isn’t initially a focus but eventually YouTube or other video platforms could be on the docket.

The content, overall, is aiming to be action-oriented with information that is helpful in defining legislation, charting the course of your company or bringing a good point to your next meeting, says Wennmachers. Usability of information, basically, is a key sight line.

Future will be writing ‘to tech people’ and to ‘the tech curious’. It will ideally, Wennmachers acknowledges, also help A16z win deals in the spaces where it demonstrates interest and understanding through publishing. The firm, she says, often wins deals at the intersection of two areas where they have expertise. Partners that specialize in biotech and consumer can come together, for instance, to support firms like Levels, which have a consumer-facing biotech footprint. Future can help to put those ideas out into the world, creating a sense that the firm knows what they’re talking about there and can add value.

Some other overall goals are to boost nascent tech communities like those around crypto and other edge tech endeavors.

Future, says Wennmachers, should ideally provide content that doesn’t currently exist in the market that can be created from a ‘unique, interesting perch’ that the firm has. The audience, she says, is people who are curious, have an open mind and want to understand complex tech topics from the point of view of operators. People in consumer tech that want to cross-pollinate their ideas with deep tech arenas, for instance. With a sub-line of information about how new companies are built and grown.

The combination of full-time writers, paid contributors, entrepreneurs who probably have more ideas than days behind a pen and a wide array of external voices means that the editors have their work ahead of them. A voice will need to coalesce, as well as a reputation for signal and domain expertise.

Future isn’t expected to win just because it’s backed by A16, though.

“We have to win in the market,” Wennmachers acknowledges, “people’s attention is all over.”

Since Future is about, well, the future, I was curious whether they were pursuing any alternative structures. Co-ops, DAOs or distributed contribution systems that reflected the diaspora of talent out of the silos of traditional publishers and into other framing devices like Substack.

Not for now, says Wennmachers, as they want to establish Future as a thing that even exists and to make sure its voice is crisp. This will be a ‘traditional’ publication in all of the major ways that count, for now.

The MVP is launching today, and the team is willing to build in public, rather than continue to polish in private. Given the audience, that will likely attract some of the exact people that they want reading — as well as some of the expected critics.

Future launches into a very interesting time in media. There are a variety of different currents that are shifting the shorelines of publishing, renegotiating the relationships between individuals, organizations and audiences. At the same time, in tech, there is an increasing desire to control and shape the narrative around the next wave of world-altering technologies and companies without the involvement of the journalistic apparatus — or at least in counter to.

There is also a trend by media at large away from the same ‘rational optimism’ that Future is leaning into. Instead, the prevailing attitude seems to align more with ‘collective cynicism’. Many scalar entities in tech have enabled harm, therefore any similarly momentum-driven technologies and companies are to be viewed with a Precog’s eye for future crimes.

How the media apparatus reacts to a publication like Future will probably say a lot about how the balance is currently being struck between narrative encapsulation and intellectual rigor. For tech journalists who are willing to dig until they hit white paper this may not change much and in fact could become a good source of information about sprouting technical arenas. For those who thrive on access, I’d expect a good chunk of that access to get swallowed by Future, especially for the firm’s portfolio companies. Good luck there.

As far as Future’s chances, the media business is not easy, but the backing is incredibly substantial given that it doesn’t have to be self-sustaining, and the initial editorial hires say that they’re taking this endeavor pretty seriously.

There has already been chatter about conflict as it relates to the content being produced by efforts like Future — a huge deal for a journalistic enterprise where you are ostensibly acting as the avatar for the reader. But, if A16z is openly talking their own book with the content on Future then the conflict discussion is really already over. They have a point of view and it is going to be colored by their worldview, deal flow and network. End of story.

Whether the majority of media becomes conflicted ad nauseam and what that means is really another discussion.

I’d also look to see a lot of other firms scrambling to construct a media apparatus out of thin air — shout out to the comms strategists who will have figure out where to begin that discussion with their clients this week.

Whether you view Future as a marketing exercise, a necessary evolution or an immune reaction of the tech ecosystem, it’s doubtful that it will be boring.

Ok, I’m out. I look forward to the hot takes. 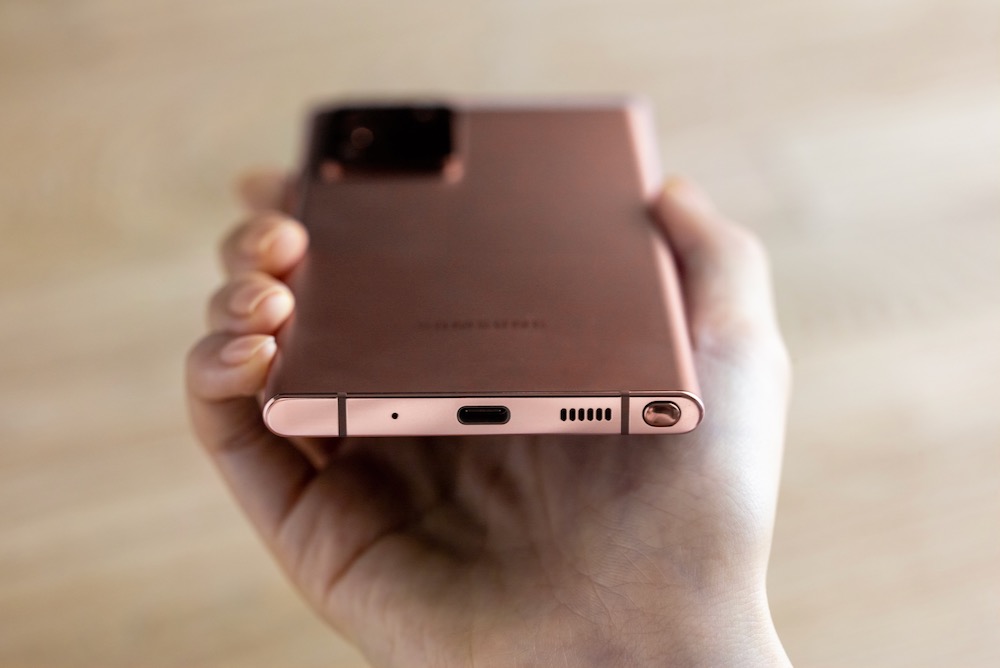 Samsung has benched the popular Galaxy Note smartphone and is putting all its energy into the latest range of folding smartphones which will be unveiled in less than two weeks. Dr TM Roh, Samsung’s head of mobile communications business, confirmed in a blog post that the company would not be unveiling a new Galaxy Note […]