Indian cities are home to hundreds of millions of low-skilled workers who hail from villages in search of work. Many of them have lost their jobs amid the coronavirus pandemic that has slowed several economic activities in the world’s second largest internet market.

Apna, a startup by an Apple alum, is helping millions of such blue and gray collar workers upskill themselves, find communities and land jobs. On Wednesday it announced its acceptance by the market has helped it raise $70 million in a new financing round as the startup prepares to scale the 16-month-old app across India.

Insight Partners and Tiger Global co-led Apna’s $70 million Series B round, which valued the startup at $570 million. Existing investors Lightspeed India, Sequoia Capital India, Greenoaks Capital and Rocketship VC also participated in the round, which brings Apna’s to-date raise to over $90 million.

The startup, whose name is inspired from a 2019 Bollywood song, at its core is solving the network gap issue for workers. “Someone born in a privileged family goes to the best school, best college and makes acquaintance with influential people. Many born just a few kilometres away are dealt with a whole different kind of life and never see such opportunities,” said Nirmit Parikh, founder and chief executive of Apna, in an interview with TechCrunch.

Apna is building a scalable networking infrastructure, something that doesn’t currently exist in the market, so that these workers can connect to the right employers and secure jobs. “Apna’s focus on digitizing the process of job discovery, application and employer candidate interaction has the potential to revolutionize the hiring process,” said Griffin Schroeder, a Partner at Tiger Global, in a statement. 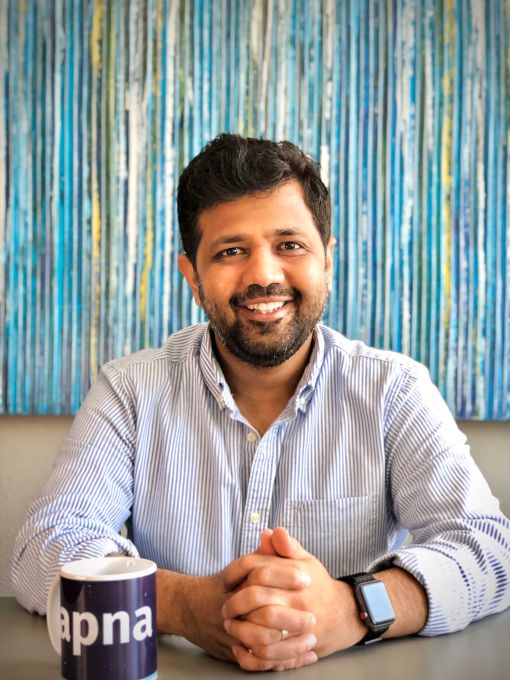 “Our first goal is to restart India’s economy in the next couple of months and do whatever we can to help,” said Nirmit Parikh, founder and chief executive of Apna. (Apna)

The startup’s eponymous Android app features, available in multiple languages, over 60 communities today for skilled professionals such as carpenters, painters, field sales agents and many others.

On the app, users connect to each other and help with leads and share tips to improve at their jobs. The app also offers people the opportunity to upskill themselves, practice with their interview performance, and become eligible for even more jobs.

And that bet is working. The startup has amassed over 10 million users and just last month it facilitated over 15 million job interviews, said Parikh.

Apna has partnered with some of India’s leading public and private organizations and is providing support to the Ministry of Minority Affairs of India, National Skill Development Corporation, UNICEF Yuwaah to provide better skilling and job opportunities to candidates.

“Employers are engaging with Apna at a rapid pace to help find high quality talent with low friction which is leading to best in class customer satisfaction scores. We believe that our investment will enable Apna to continue their steep growth trajectory, scale up their operations, and improve access to opportunities for India’s workforce.”

The startup plans to deploy the fresh capital to scale across India and eventually take the app to international markets, said Parikh. Apna, which has recently seen high-profile individuals from firms such as Uber, BCG & Swiggy join the firm, is also actively hiring for several tech roles in the South Asian market.

“Our first goal is to restart India’s economy in the next couple of months and do whatever we can to help,” said Parikh, who was part of the iPhone product-operations team at Apple.

PrevPreviousDisney Plus has no plans for a lower cost ad-supported option for now, CEO says
NextEV battery swapping startup Ample charges up operations in Japan, NYCNext 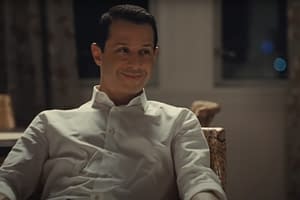