Transform launches with $24.5M in funding for a tool to query and build metrics out of data troves

The biggest tech companies have put a lot of time and money into building tools and platforms for their data science teams and those who work with them to glean insights and metrics out of the masses of data that their companies produce: how a company is performing, how a new feature is working, when […]

InfoSum, a startup which takes a federated approach to third party data enrichment, has launched a new product (called InfoSum Bridge) that it says significantly expands the customer identity linking capabilities of its platform. “InfoSum Bridge incorporates multiple identity providers across every identity type — both online and offline, in any technical framework — including […]

With buyout, Cloudera hunts for relevance in a changing market 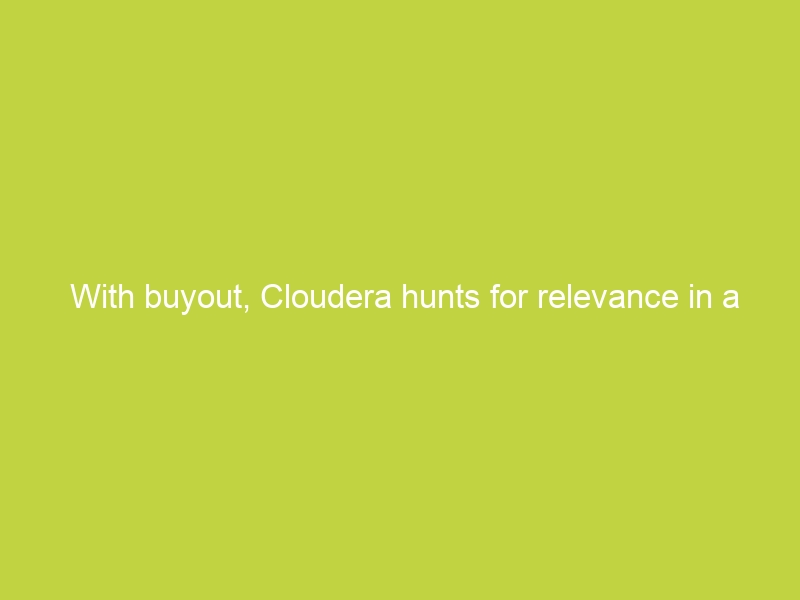 When Cloudera announced its sale to a pair of private equity firms yesterday for $5.3 billion, along with a couple of acquisitions of its own, the company detailed a new path that could help it drive back towards relevance in the big data market. When the company launched in 2008, Hadoop was in its early […]

The ad tech and search industry are precarious that Google will use this as a new way to establish market dominance that feeds its own interests. Google expert, Susan Dolan details on the current realities and future trends