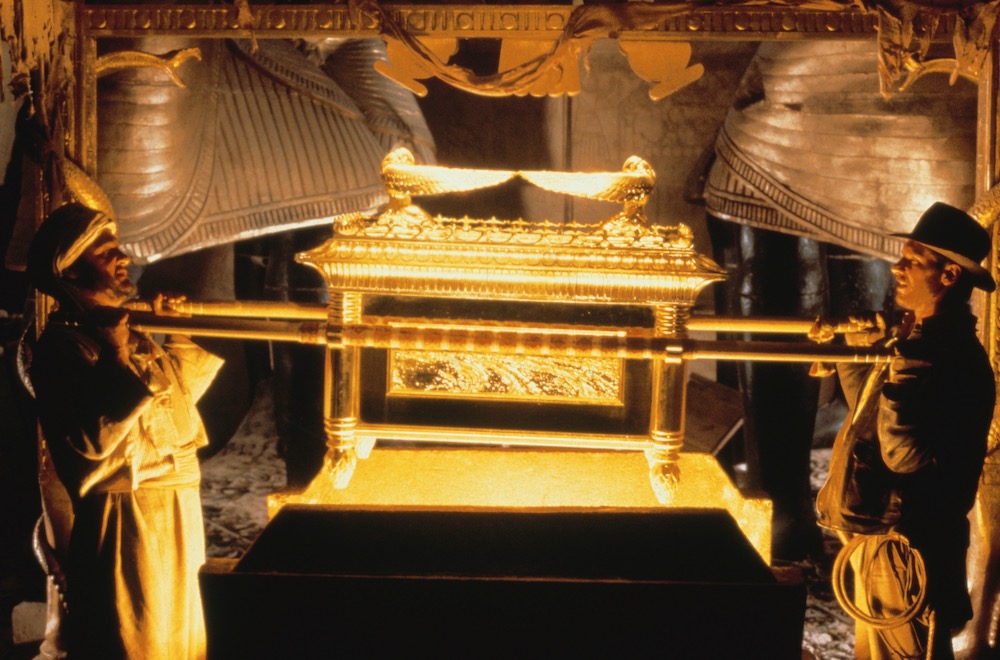 To celebrate the 40th Anniversary of Indiana Jones: Raiders of the Lost Ark all four films in the series have been released on 4K Ultra HD this week and offer not only stunning visual quality but remarkable audio quality as well.

Legendary sound designer Ben Burtt and John Roesch, one of the original Foley artists who worked on the film, have revealed how they came up with the iconic sounds that helped make Raiders of the Lost Ark a true cinematic classic. 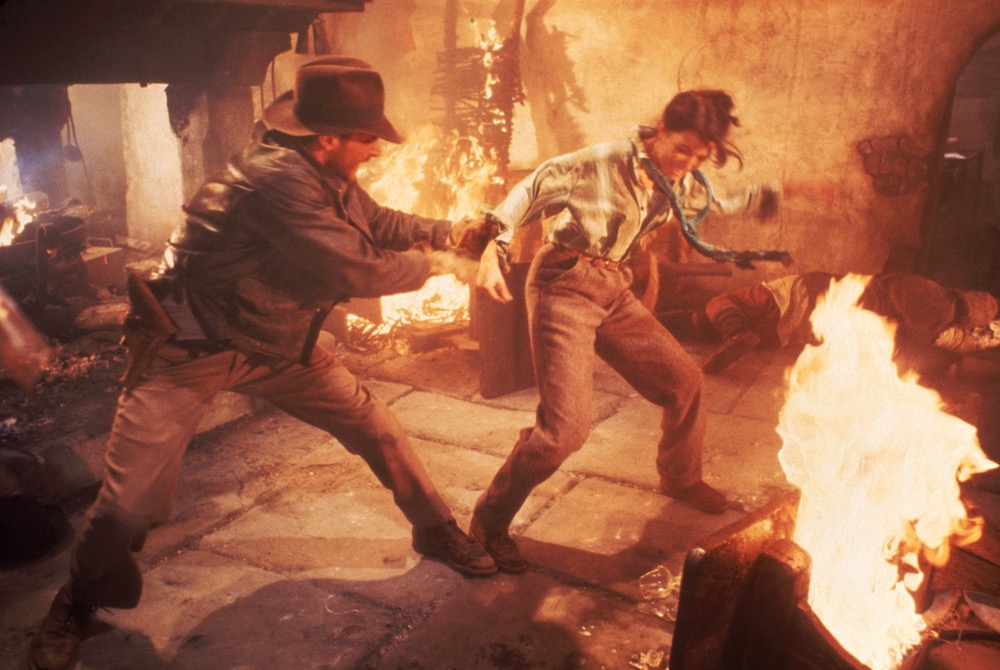 To mark the 40th anniversary of Raiders of the Lost Ark,  Burtt and Roesch came together on the Foley stage at Skywalker Sound in Northern California and used some of the original props to demonstrate how they developed the distinctive face punches, sword swishes and snake slithers.

Called “the father of Skywalker Sound” by Steven Spielberg, Ben Burtt is an Academy Award-winning sound designer, as well as an accomplished filmmaker who has written, directed and served as film editor on a vast array of projects. 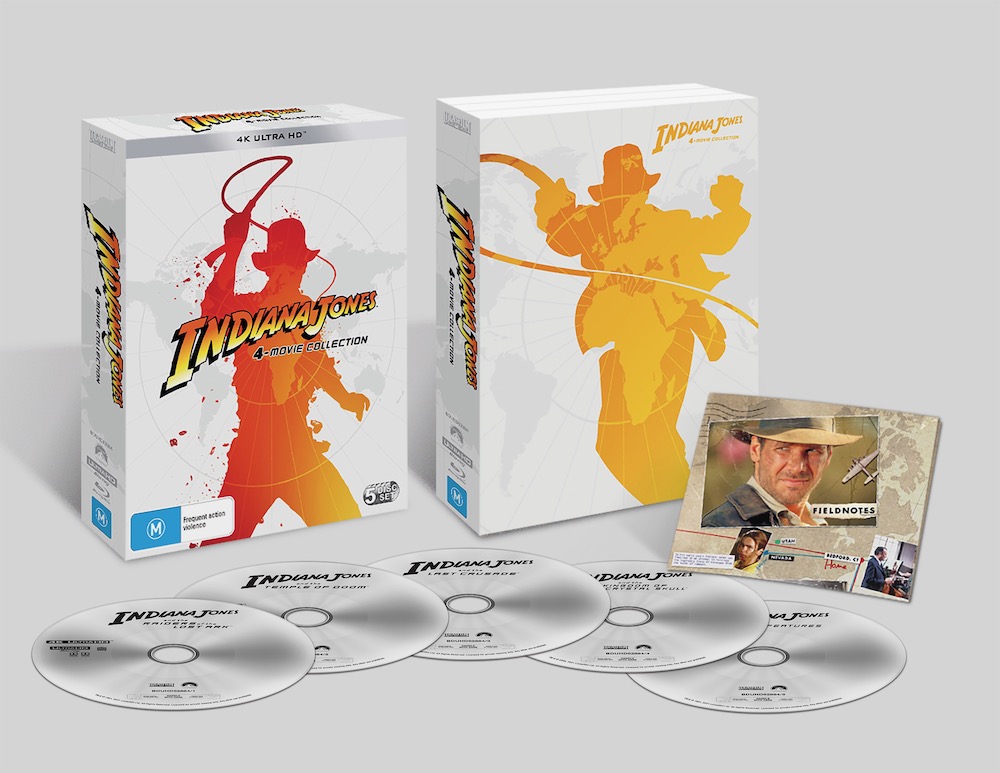 Burtt was the sound pioneer who came up with the library of sounds for the original Star Wars trilogy.

John Roesch is a professional Foley artist who has worked in the film business for over 40 years.  With nearly 600 credits, Roesch has lent his skills to many of the biggest blockbusters of all time including Back to the Future, Schindler’s List, Interstellar, Independence Day, The Matrix and Fight Club.

So how did they come up with the sounds? 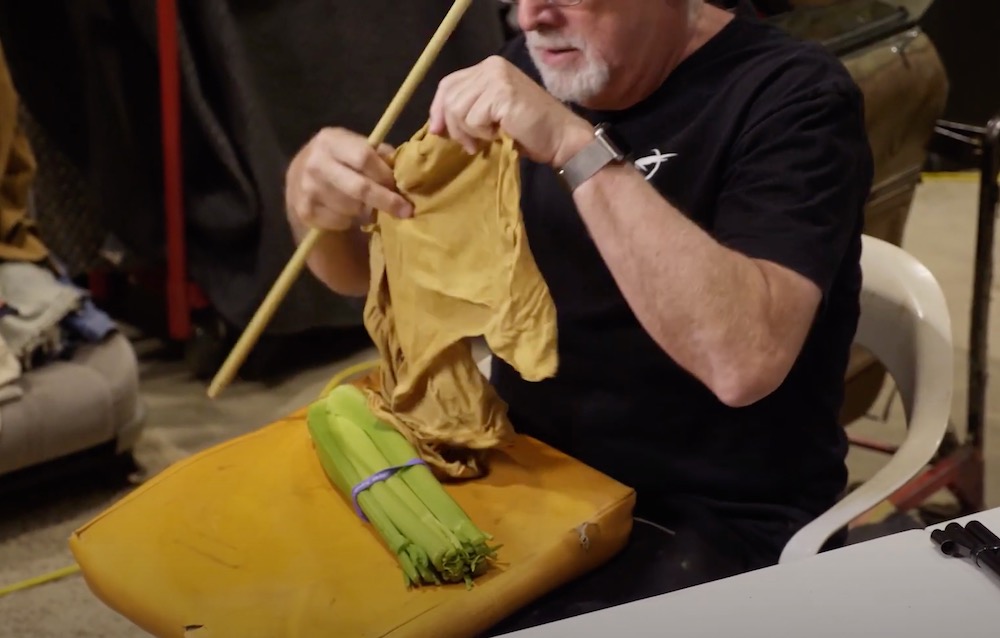 There are no shortage of punches and body blows in Raiders of the Lost Ark and that sound the audience hears as fists landing are actually croquet balls in socks so they can be swung even faster into a bag of plant mix.

Also used to recreate the sound of a face punch is a wet chamois wrapped around celery.

When struck with a piece of wood you have the sound texture of impact from the chamois and the crack of the celery,

In the famous scene where Indiana Jones is confronted by the swordsman in Cairo, the swooshing sounds of the sword were created by swinging around a thin rod.

That scene was supposed to include a long fight scene but with star Harrison Ford and the crew sick with dysentery they changed the script so Indiana Jones disposes of the swordsman with a single gunshot. 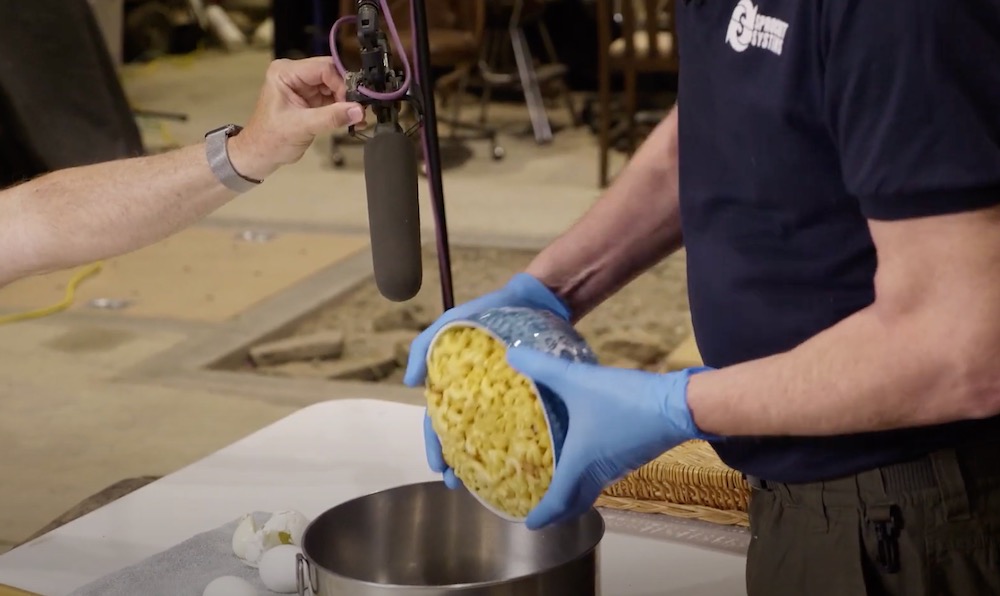 Snakes are featured often in the film – especially after Indiana Jones reveals how much he hates snakes.

One scene in particular – in the Well of Souls – there are thousands of snakes involved.

Burtt recreated the sound of snakes hissing and slithering while his wife Peggy was cooking  and serving macaroni and cheese.

HIT IN THE FACE WITH THE MIRROR

The scene where Marion and Indy are aboard the tramp steamer she hits him by mistake with the mirror.

That sound was actually created by hitting the lid of a trash can with a bass drum stick.

THE ARK OF THE COVENANT

At the of the film the Ark of the Covenant is opened in a special ceremony. The prop itself was made of plastic but it needed to sound like it had some weight.

“I wanted something that was solid so I was sitting there one day thinking and I came up with this sound which was right at hand which was my toilet tank bowl cover,” Burtt said.

“It’s a little blasphemous to admit this but this is the lid of the Ark of the Covenant.” 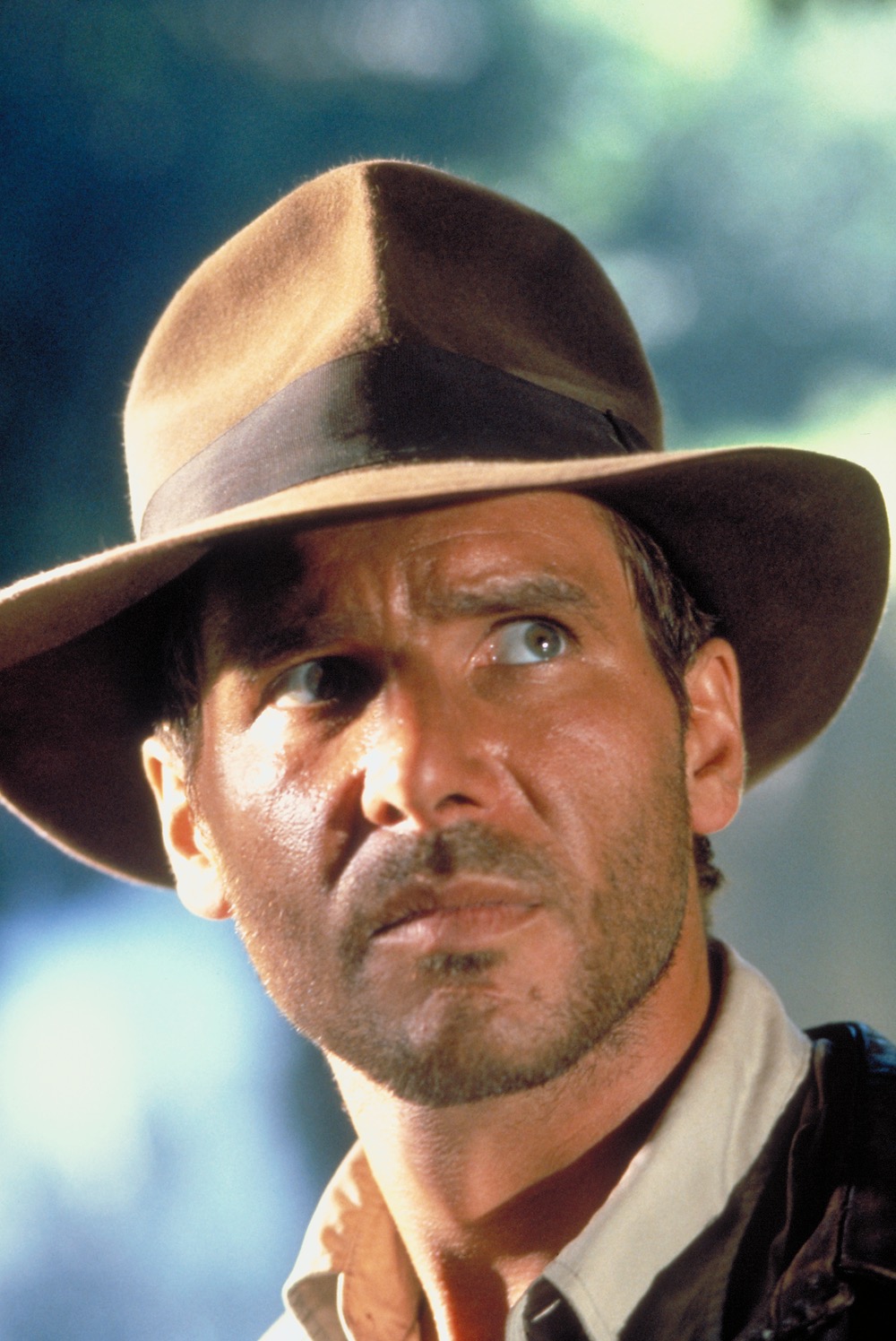 He recorded the toilet tank lid scraping against a rock to come up with the sound of the Ark of the Covenant lid being removed in the climax of the film.

The Indiana Jones 4K movie collection is packed with special features. These include:

On Set with Raiders of the Lost Ark

Celebrate the 40th Anniversary of Indiana Jones: Raiders of the Lost Ark by experiencing the 4 -movie collection for the first time in 4K Ultra HD.

The post Exploring the sounds of Raiders of the Lost Ark which is now available on 4K UHD appeared first on Tech Guide.

Snapchat is crashing for a lot of people again

Snapchat is experiencing a massive issue as of Thursday evening, with more than 125,000 users reporting problems on Downdetector. I tried logging into the app on my iPhone 12 Mini,…

Forza Motorsport 7 will be driving into the sunset in September

Forza Motorsport 7 will no longer be available to purchase from the Microsoft Store or play on Xbox Game Pass after September 15th, 2021, as it’s reaching “end of life” status. The game won’t be co…