Relativity Space launches its valuation to $4.2B with $650M in new funding

The funds from the Series E will go toward accelerating the production of Terran R, the company’s heavy-lift, fully reusable two-stage rocket. Terran R joins Terran 1, Relativity’s debut rocket, which will conduct its first orbital flight at the end of 2021.

The company has been pretty tight-lipped about Terran R, but are now releasing further details alongside the funding announcement. As expected, Terran 1 and Terran R differ in pretty significant ways: the former is expendable, the latter reusable; the former is designed for small payloads, the latter for large. Even the Terran R’s payload fairing is reusable, and Relativity has devised a system that makes it easier to recover and recycle as it stays attached to the second stage. 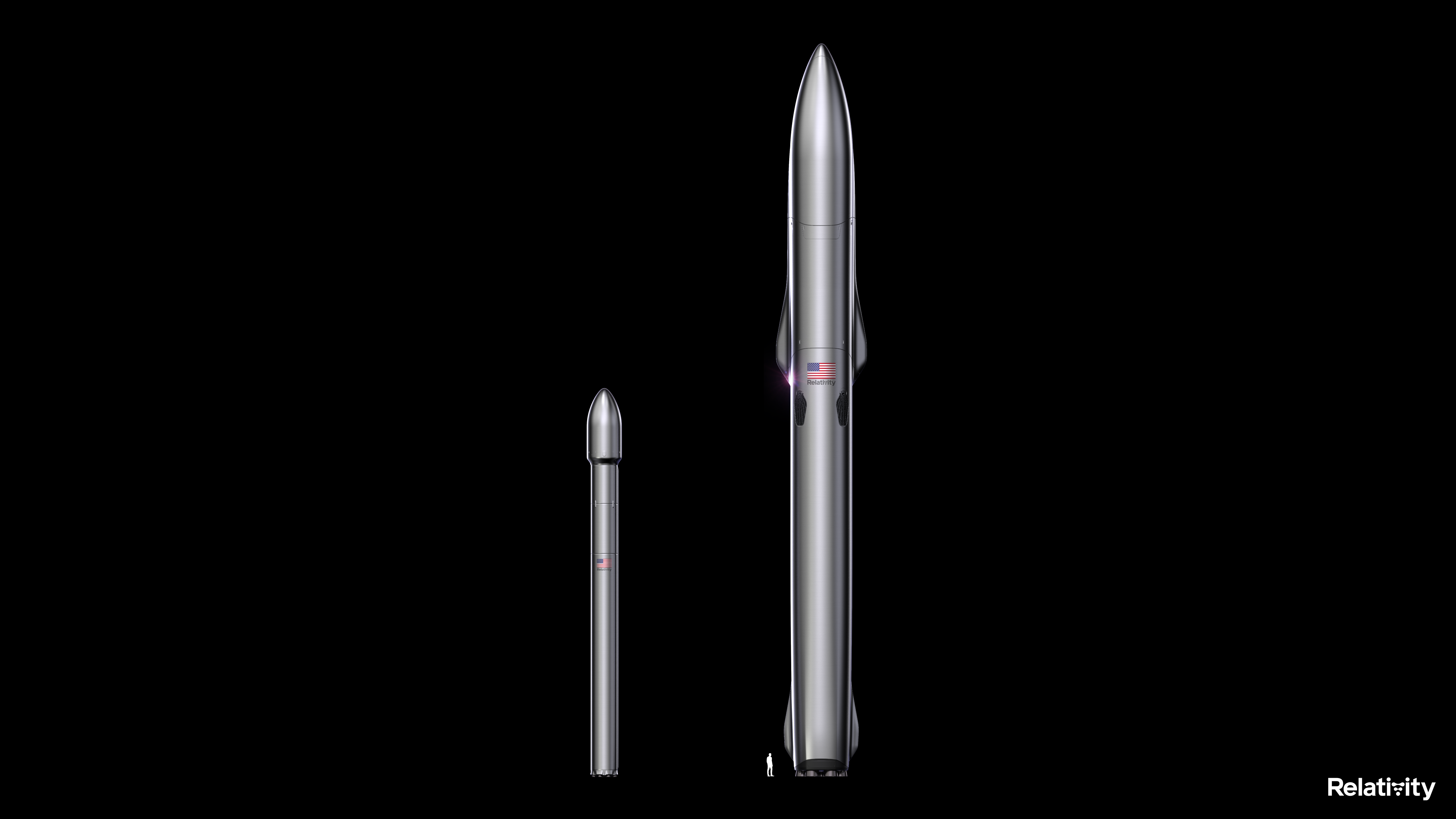 Relativity’s Terran 1 on the left, and Terran R on the right. Image Credits: Relativity

Terran R will use seven of its new Aeon R engines on the first stage, each capable of 302,000 pounds of thrust. The same 3D printers that will produce Terran R’s engines and rockets also currently make the nine Aeon 1 engines that power the Terran 1, which means Relativity doesn’t have to drastically reconfigure its production line to build the new launch vehicle.

A single Terran R should take around 60 days to build, Ellis estimated. That’s an incredible pace for a rocket with this kind of payload capacity.

Even though Terran 1 has not seen a launch yet, Relativity shows no signs of slowing down Terran R’s development: Ellis said the company will also launch Terran R from its launch site at Cape Canaveral as early as 2024 and that it signed its first anchor customer, “a well-known blue-chip company,” for the new rocket.

Relativity has printed around 85% of the rocket that will perform the company’s first orbital flight at the end of this year. The Terran 1 that will perform that mission will not be carrying any payload. Terran 1’s second launch is scheduled to take place in June ’22, and will carry cubesats to LEO as part of NASA’s Venture Class Launch Services Demonstration 2 (VCLS Demo 2) contract.

Relativity CEO Tim Ellis in an interview with TechCrunch likened 3D printing to a paradigm shift in manufacturing. “I think really the thing people haven’t gotten about our approach, or 3D printing in general, is it’s actually more like transitioning from gas internal combustion engines to electric, or on-premise service to cloud,” Ellis said. “3D printing is a cool technology but more than that, it’s actually software and data-driven manufacturing and automation technology.”

Because the core of 3D printing is a technology stack, the company can produce algorithmically generated structures with “geometries that couldn’t be possible” with traditional manufacturing, Ellis said. And the design can be easily adjusted to fit market demand.

Ellis, who started the metal 3D printing division at Blue Origin before founding Relativity, said that the strategy from day one was to design and build Terran 1 and a heavy-lift counterpart.

The actual mechanisms involved in 3D printing can technically occur in environments even when gravity is much lower – like the gravity on Mars, which is only about 38% of the gravity on Earth. But more importantly, Ellis said it’s an approach that’s “inevitably required” in an uncertain off-planet environment.

“When we founded Relativity, the inspiration was watching SpaceX land rockets and dock with the space station. They were 13 years old and they were, despite all of that pretty inspiring success, the only company that wanted to make humanity a multi-planetary and go to Mars,” Ellis said. “And I thought that 3D printing tech was inevitable to actually build an industrial base on another planet. No one else had actually even tried to go to Mars or said that was their core mission. And that’s still true today, actually, even five years later, it’s still just us and SpaceX. And I really do hope to inspire dozens to hundreds of companies to go after that mission.”

Relativity Space unveils plans for a new, much larger and fully reusable rocket